Gabriel Bateman shines bright in the new amazon prime series “The Dangerous Book for Boys”,  co-developed & created by Bryan Cranston. Based on the popular 2007 British book, you can expect to see this promising 13 year old in six 30 minute episodes with changing themes set to premiere on March 30th! This adapted version of the once “how to” book for boys takes us back to the of the good ole’ days where boys didn’t turn to the modern ways of communication through technology but with practical skills and real life lessons. In the series, Gabriel plays Wyatt McKenna and delivers a brilliant performance as he connects with his late father through fantasy, imagination and humor; a place where he is very alive and well.
Since the age 7 Gabriel has followed in the footsteps of sister Leah. Now, making a name for himself with his credible and expanding roster, Gabriel has appeared in several movies including Annabelle, American Gothic, plus the much anticipated family favorite Netflix’s Benji and Scot in Robert the Bruce, set to release next year.
In our exclusive one on one, we learn that Gabriel is your typical boy who loves to explore, loves science and nature. His adventurous heart is similar in many ways to his character Wyatt. Gabriel is our first Young Hollywood Cover of 2018 and is captured flawlessly by one of our favorite photographers Sara Pine. It is no question you will fall hard for Gabriel on and off screen as he captivates audiences with his Allure, wit and charm! Click here for his editorial. 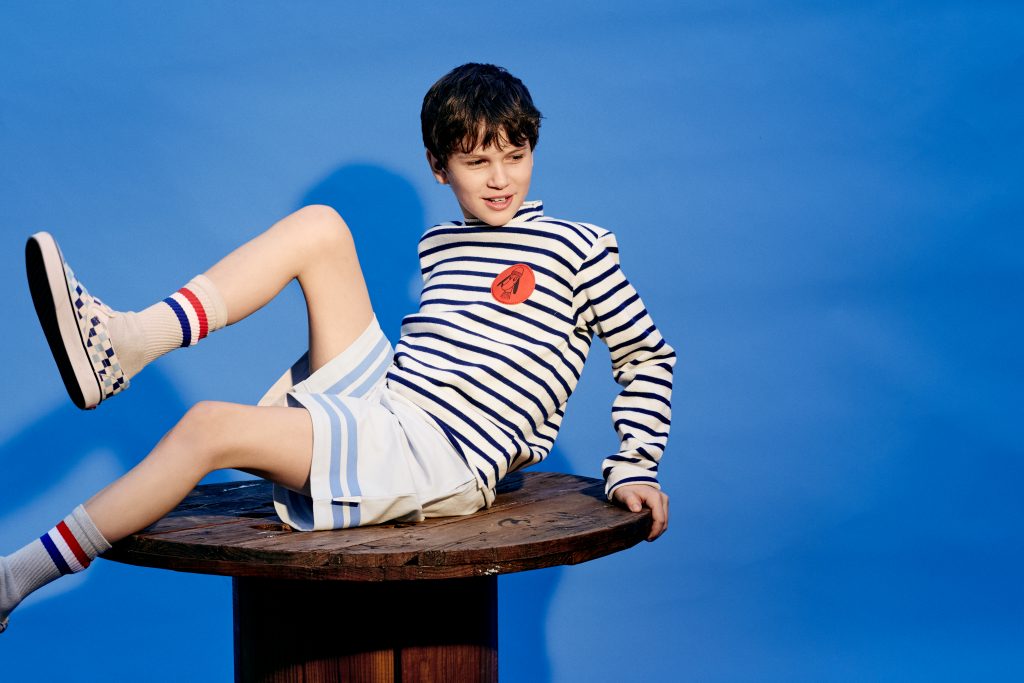 MM: Tell us about your TV Series ‘The Dangerous Book For Boys”!
GB: The Dangerous Book For Boys is an Amazon Prime TV show, that follows a family who has recently lost their father, but when the three boys discover a book he left for them, it ignites the imagination of my character, Wyatt McKenna and he begins to have all sorts of crazy fantasies, that follow different chapters in the book. It is his way of connecting with his father, who is alive and well in his fantasies.
MM: Tell us about working with legend Bryan Cranston.
GB: Working with Bryan was amazing, I was nervous to work with him, having known of his work and been a fan before-hand. But I could tell when I first Skyped with him that he was a really nice guy. He always made sure we were comfortable on set and would take time out to come and talk to the cast and see how we were doing. He was very laid back, and fun, yet professional. I’m so grateful to be able to have worked on a project with him and hope to one day do some scenes with him.

MINI MAVEN: How old were you when you first knew you wanted to be an actor?

GB: I would say seven, I watched my sister Leah acting for a while and that’s what triggered me wanting to try it myself.

MM: Do you have any other dreams or career ambitions other than acting?
GB: While I am focusing on acting for a career I am keeping all options open. When I was younger I used to want to travel the world and have a nature show. I have a lot of interests, I love the sciences and exploring things unknown. It’s too soon to say what my future will hold, but I think I will always have a hand in the industry. If not solely in acting, I would love to one day direct and produce. 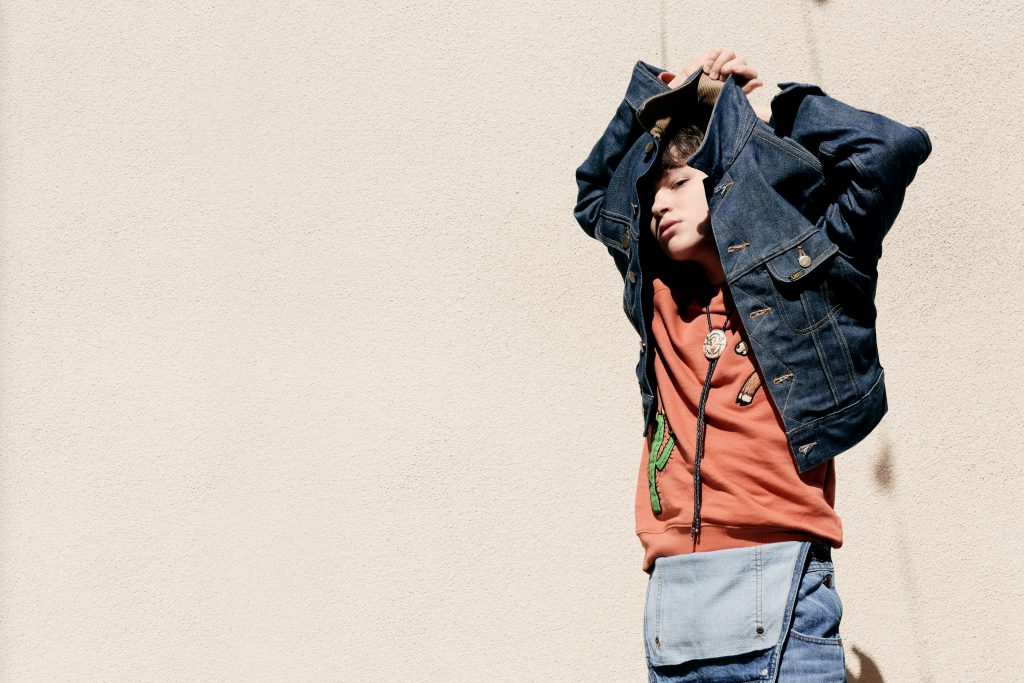 MM: Is there an actor or actress who you look up to?
GB: I look up to a lot of actors and actresses, but just to name a few, Matt Damon, Christian Bale, Tom Hanks, and Meryl Streep.
MM: Tell us about the character you play in the series. Any favorites and Why?
GB: My character is Wyatt McKenna, he is the youngest of three boys and he’s very imaginative, empathetic and creative. Despite being the youngest, he does his best to take charge and keep the family together. I love all of the fantasies he has. Every time I put on another costume I became transported to another place. I also like that this is his way of connecting to his dad and keeping his memory alive. That was Patrick (the father’s) way of teaching his sons after he passed away. It’s really special.
MM: Any similarities between you and Wyatt?
GB: There are many similarities between me and Wyatt, but I think some of the more important ones are that we are both the youngest in are family and both tap into our imaginations a lot. Those things we had in common helped me to connect to who Wyatt was and to bring him to life.
MM: Congratulations on the release of your new movie Benji! What was your favorite part about working on this film?
GB: I loved everything about making this film, but my favorite part were the people. The entire cast and crew were so wonderful and I think we all formed a really great bond. Jason Blum came on set and made everyone feel like family. Darby Camp was like a real little sister to me. And Benji is such a loving dog! I think everyone will fall for him! 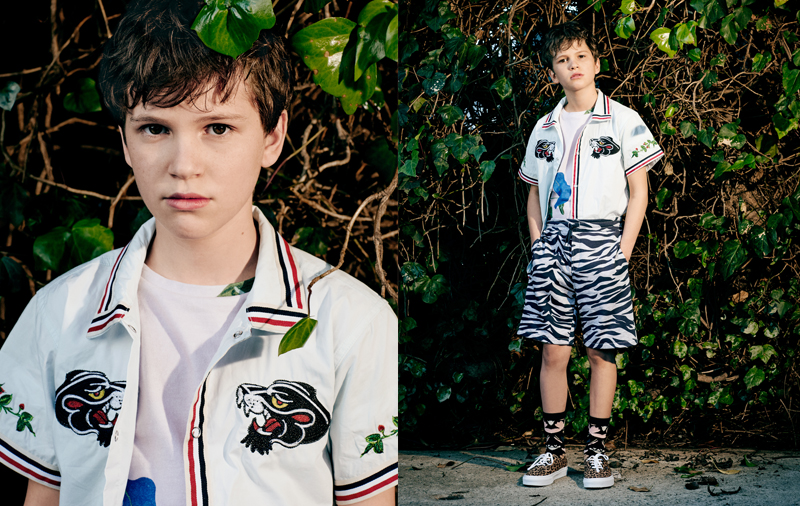 MM: What was it like working with an animal on set?
GB: For the most part working with Benji was  such a great experience, and he was very well trained, and sweet. I think there were only a few scenes where he didn’t do exactly what we wanted, one of them being him not wanting to pull the ropes of me and my co star, Darby Camp, which ended up taking up quite a bit if time, and by the end of it I wasn’t acting, I was actually desperately pleading with him to pull the ropes off! It was actually pretty funny when he finally got it!
MM: Dream role?
GB: I don’t have any specific dream role, I just enjoy playing complex, well written characters. Although playing almost any anime or book character my age would be sure to be fun. I also hope, one day to play a tough, active leading role hero- maybe with special abilities.
MM: Can you give us a hint on any new projects you have coming up for 2018/2019?
GB: I have a few films coming out, but, unfortunately, I can only talk about one. It is film that follows Robert the Bruce after the events of Bravehart called Robert The Bruce. It comes out 2019, and I play a young and feisty warrior named Scott. 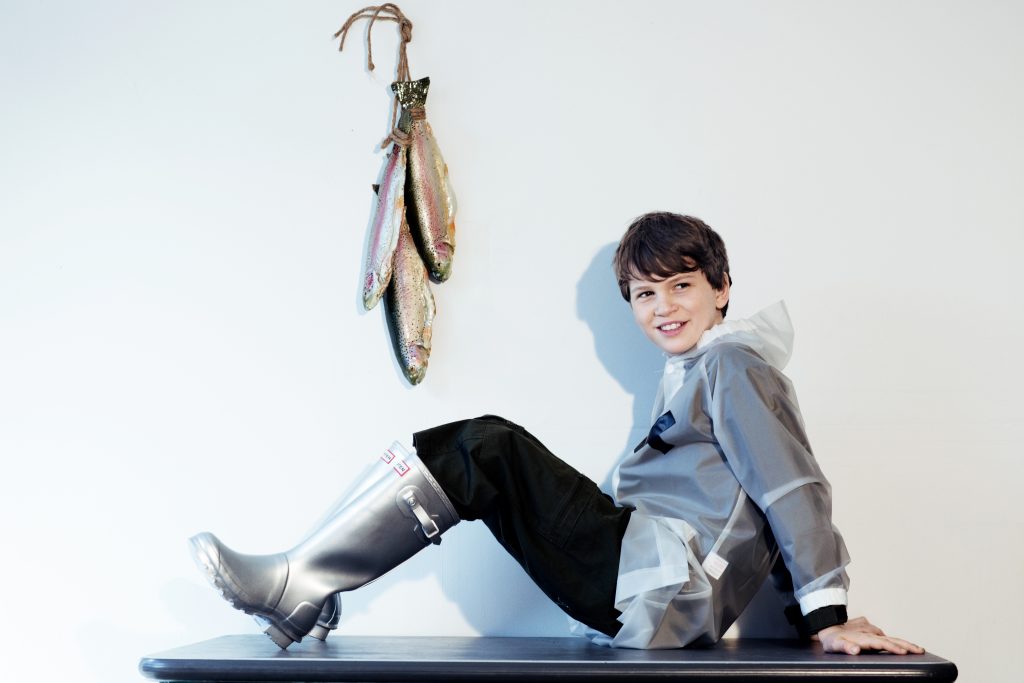 FOR FUN:
MM: Favorite vacation spot?
GB: My favorite vacation spot that I’ve been to is definitely Scotland where I filmed Robert the Bruce. But I think Hawaii would be amazing.
MM: If you could travel anywhere where would you go? Why?
GB: If I were just visiting probably Machu Picchu, Costa Rica or Tahiti. But as a place to live long term, probably either Seattle, because it’s relatively similar to California, Sweden or Canada.
MM: Any hidden talents, hobbies or sports that you like to play/do?
GB: I love rock climbing, archery, ice skating, and I sometimes play basketball, although I’m not great at it.
MM: Do you have a favorite actor, role model?
GB: I have a few, but to pick one my role model for acting is Christian Bale, as he completely emerges himself into each character. I also love Matt Damon as an actor and humanitarian.
MM: Tell us something about you no one knows
GB: Then it would’t be a secret would it? (;
MM: Favorite Color?
GB: Blue
MM: Who is your best friend?
GB: Any of my siblings.
MM: What do you think about Mini Maven?
GB: Mini Maven is great! My shoot was very creative and artistic. The magazine is very artistic.
Facebook Twitter Pinterest
LinkedIn Email
0 replies on “Gabriel Bateman x Mini Maven”